Public Art in the Virtual Sphere

I AM CRIME: ART ON THE EDGE OF LAW 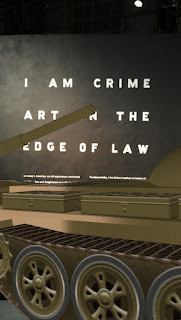 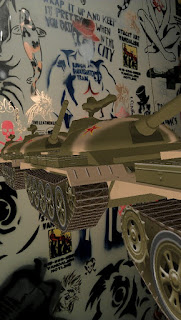 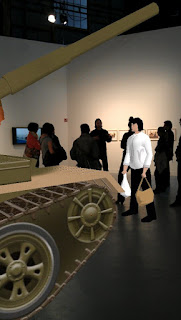 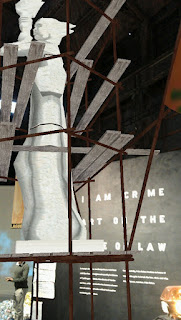 I Am Crime: Art on the Edge of Law is an exhibition of more than 30 artists and collectives that challenge, question or circumvent the law through their work.  Curated by Justin Hoover, I Am Crimetouches on issues of equity—who gets to break the law, when, and why.

“True Crime,” a collaborative installation conceived by Critical Art Ensemble, invites any visitor to become part of the exhibition– click here for details.

In I Am Crime some artists’ criminal trespasses are virtual or accidental, while others contribute documentation of carefully planned civil disobedience. Still others exhibit the residue of artworks which have actually been intervened upon by the United States legal system.

Dreamers Adrift, a group founded by Jesus Iñiguez and Julio Salgado, approach  illegality from a different angle. “Undocumented and Awkward,” a series of skits on video created by and for undocumented youth, highlights social inequalities faced by American immigrants.